​Our mission is to provide

to you and your loveD ones.

We will help you fall in love with our faith.​​

"Catalina Rivas, a housewife and grandmother from Cochabamba, Bolivia, who began receiving messages from Jesus and Mary in 1993 and who continues to receive messages. Below are some of the details of how the messages began…

From the time of creation, we are told, that God has sought to reveal to man His divine presence and His divine Will. In the Bible and in the lives of the Saints, we read that this revelation has sometimes been through visions or prophetic dreams. The 19th Century Saint known for his many dreams, was the Italian Saint, St. Don Bosco. In one dream he spoke of the future missionary role the Salesian religious order he founded would have in South America, and then he went on to foretell of something that would happen in our times. He spoke of riches of minerals and oil that would be found in the mountains of South America, but that at a place between the l5th and 20th parallels there would come riches far greater than gold, not from within the mountains but through the mountains and spread beyond the continent of South America causing the eyes of the world to turn to that place. That place, it seems, is Cochabamba in Central Bolivia, in a landlocked country considered to be economically one of the poorest countries in South America-yet rich in many other ways. What Don Bosco meant by riches more valuable than gold that would come through the mountains of this place has never been understood up to now. But two events unfolded in Cochabamba that would certainly make the eyes of the world turn to this place and think about Don Bosco’s prophetic dream.

In Cochabamba there is a statue of Christ that has wept and continues to bleed and the story of Catalina Rivas who bears the suffering wounds of Christ’s crucifixion and records His words.

In March 1993, Catalina Rivas, who at that time was living in Cochabamba, was dealing with a family tragedy and, as she opened herself to God’s Mercy, was profoundly moved onto a conversion journey back to God. Later in 1993, Catalina began to receive messages from Jesus and the Blessed Mother. In 1994, Catalina traveled to Conyers, Georgia for the October 13th apparition of Our Loving Mother, the Mother of God. Catalina describes some of the events that happened to her; “While kneeling on the Holy Hill, in front of the large Crucifix, I saw a light all around the Crucifix, a very strong light. Then I felt the necessity to offer my life to the Lord so that He can use it in whatever way He needed to use it and to give Him thanks for all that He did for me.” Afterwards Catalina went on to write many books containing the messages and teachings which the Lord and the Mother of God continued to dictate to her.

Dr. Ricardo Castanon, who had tested Catalina a number of times, tells us in 1998 that, “Catalina did not finish High School yet in less than three years she has written eight books. In two weeks, she had written by hand 900 pages. The content talks about the theologies, sociology, the human life and Divine Spirituality. When you see that she doesn’t have the background, she has never written anything and then she comes with notebooks of 200, 300, 400 pages and there is no theological mistake, you know something special is happening. Catalina says Jesus will dictate to her and her heart will begin to beat very fast during this time. She says always when Jesus will tell her something, she will have this feeling. When she begins to write, she does not stop. She writes continuously, all the time. She does not have a moment to stop. Normally when you write a letter to a friend, you take time to think about what you want to say or even stop and she doesn’t, She writes continuously, all the time. I will say that all together, she could write 4000 or 5000 pages, intelligent pages about theologies, sociology, the human life and Divine Spirituality and they are poetic pages So many words she does not understand and the written Spanish is very elegant.”

Taking a glance at just some lines from her writings, we read the words of Jesus, “Look at your pen, for Me, you are my pen that I move enabling you to trace the symbols which express My words. What your hand writes, guided by Mine, will remain, repeated and amplified by other voices, it will fill the earth.” (Message from “Door to Heaven”)

Catalina’s local Archbishop was kept informed of these matters. In early 1997 the Archbishop of Cochabamba selected Catalina as his Executive Secretary for the Sixth Eucharistic Marian Conference of the Boliviarian Countries, and, as a fruit of this conference, came the Apostolate of the New Evangelization, the ANE. In April 1998, the Archbishop gave his Imprimatur to all eight books of the messages received by Catalina as of that time. In the spring of 1999, the FOX TV Network investigated the events in Cochabamba, the bleeding statue of Christ and Catalina and found astonishing results from their independent medical testing of Catalina in a Mexico City medical facility concerning her claims of mystical experiences. In the summer of 1999, FOX broadcast their remarkable findings in North America, Australia and New Zealand in a 2-hour, prime time TV documentary titled: Signs from God – Science Tests Faith that was viewed by an estimate of over 27 million people. The video “A Plea to Humanity”, contains footage from the FOX broadcast on Catalina’s experiences as well as on the bleeding statue of Christ in Cochabamba. This video can be purchased from Love and Mercy Publications on this web site.

Catalina presently volunteers her time in support of the Apostolate of the New Evangelization that was commissioned by her Archbishop in 1999. Her support includes giving talks worldwide, encouraging people to conversion, to renewal and to commit themselves totally to God and to support the Holy Father’s call to a New Evangelization. Catalina does not financially benefit from her talks or books of messages. A spiritual revival, now spreading from Bolivia, comes from an Archbishop and a nation deeply moved by a sequence of extraordinary happenings. It is a spiritual revival powered by the feeling of a meaningful presence of Christ as seen in the tears and blood that mysteriously shed from the bleeding statue of Christ’s Passion and in all that is happening to Catalina. Could these be the riches more valuable than gold that Don Bosco predicted over a century ago that would come through the mountains of Cochabamba and touch the world?

The books with the words of Jesus and Mary to Catalina are available on this web site for free to read and to print copies to be shared with others."

Note: This Text was extracted from the webpage: www.loveandmercy.org 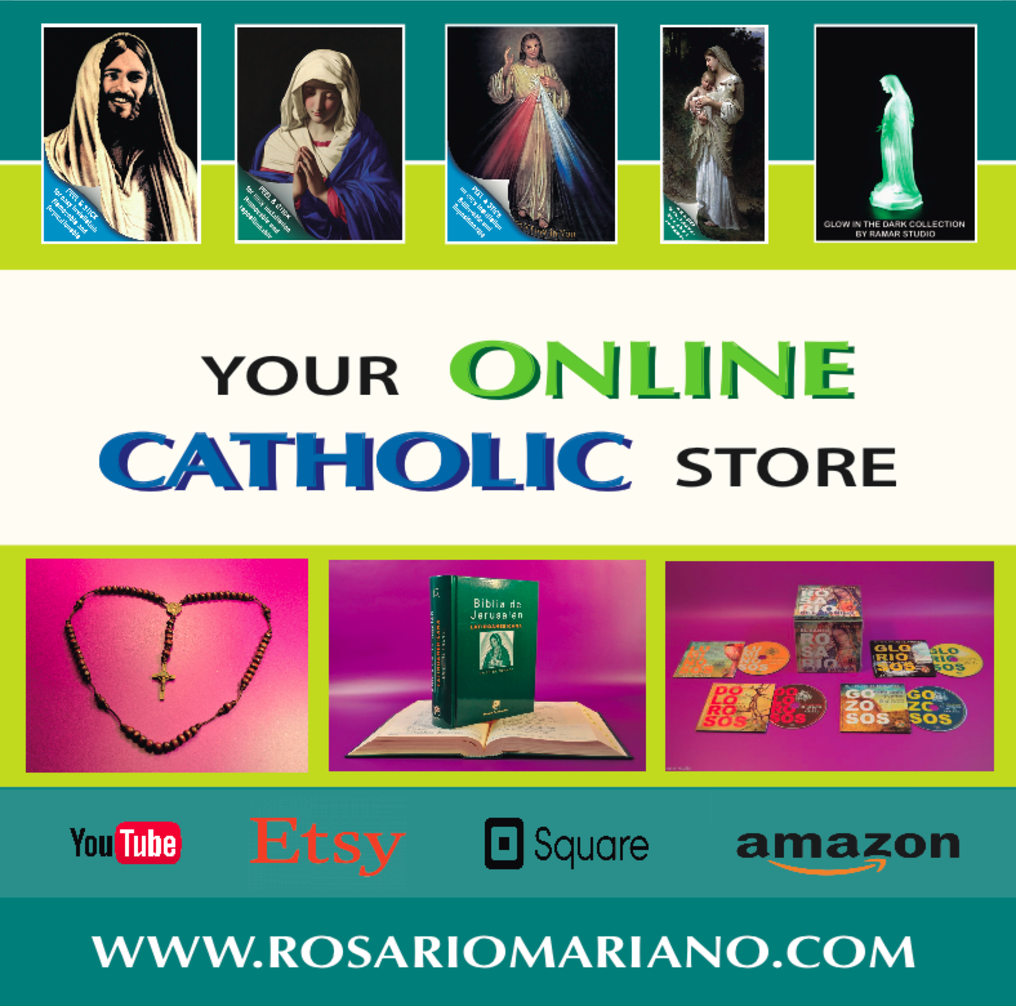 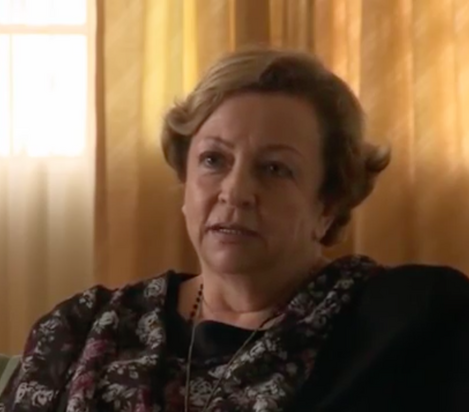 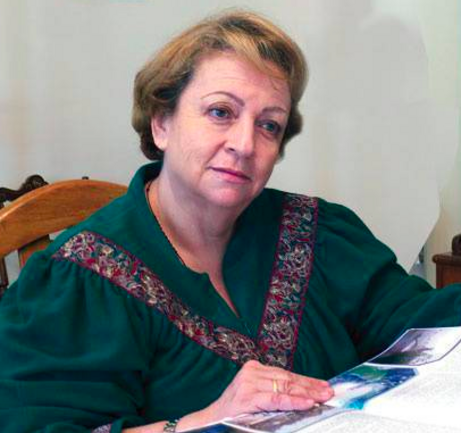 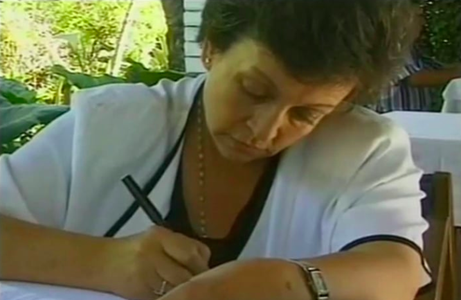 The experience to pack, ship and sell a Catholic gift is a process in which we bless and pray for every customer who visits our store; we ask God the Father, the Son, the Holy Spirit, the Virgin Mary and the Angels to flood your life and your family with blessings and happiness you deserve. We wish from the bottom of our heart that these Catholic gifts you bought today, strengthen your faith, relationship with God and your loved ones.

The true conversion in life is the promise that we share through Rosario Mariano. the spiritual sword of the virgin mary: the holy rosary, and the sword of the holy spirit: the word of God; they are welded here through the prayer of the heart; to offer the Virgin Mary an army of Light so that at last her immaculate heart triumphs.

Rosario Mariano's WEB SITE was created for its visitors to fall in love with the Catholic faith; Based on the testimonies of committed laity, of religious and Marian priests whose conversion speaks of the richness of God's love, we have built the pillars of this Oasis of Peace; We invite you to share what brings love and light to our path and we wish from the depths of our hearts the prize of eternity for all. Let no soul be lost, may all mankind attain holiness!

We must realize that Satan is real. He uses us for his own end and purposes. His main purpose is destruction. Destruction of love, peace, faith, family, and life. Just as God gave David 5 stones with which to defeat Goliath, Our Lady is also giving us 5 Stones or Weapons we can use to defeat satan. They are: Daily Prayer (Of the Rosary), Fasting on Wednesdays and Fridays, Daily Reading of the Bible, Monthly Confession, Holy Mass".